The International Olympic Committee (IOC) announced this month that athletes are barred from making political statements at Olympic events. It said banned actions can include making hand signs and bending down on one knee during medal ceremonies and competition.
The warning came as part of new guidelines for rule 50 of the Olympic Charter – the set of rules governing the Olympic movement. The guidelines state: It is a fundamental principle that sport is neutral and must be separate from political, religious or any other type of interference.
The president of the IOC, Thomas Bach, noted: The eyes of the world will be on the athletes and the Olympic games. The Associated Press reported his comments. 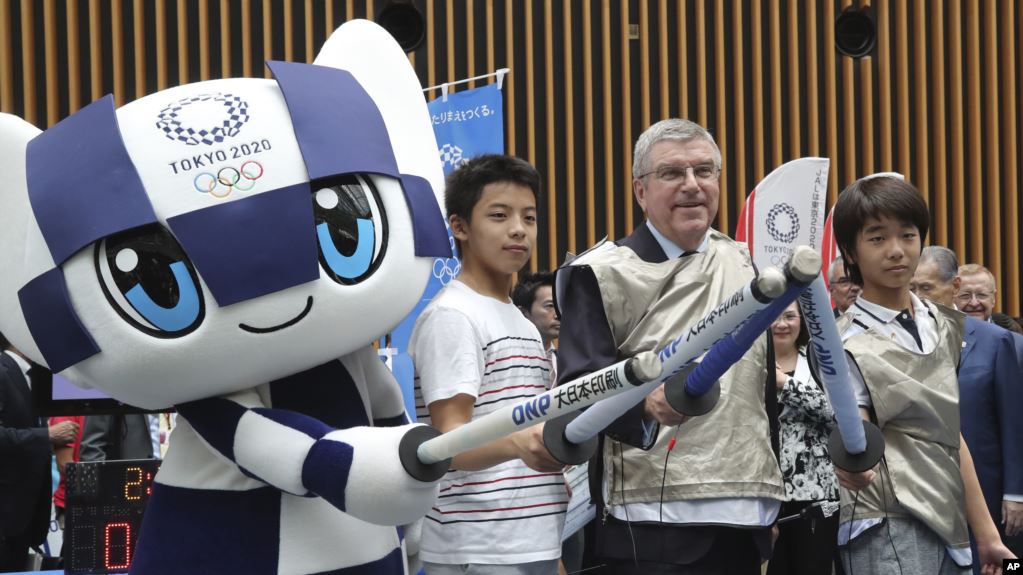 Kirsty Coventry is head of the IOC Athletes' Commission. She said the goal of the announcement is to bring clarity to an issue that been around for a long time.
Other areas where political statements are not permitted include the field of play, at the Olympic village and during the opening and closing ceremonies.
The IOC added that athletes may "express their opinions" at press conferences, in team meetings and on digital media while observing local laws.
Last year, two athletes from the United States used medal ceremonies at the Pan American Games to make what U.S. officials considered political statements. The head of the U.S. Olympic and Paralympic Committee criticized Gwen Berry, who specializes in the hammer throw, and fencer Race Imboden. The two were ordered on probation for 12 months for their actions at the games in Lima, Peru.
Possibly the most famous example of athletes making political statements came at the 1968 Mexico City Olympic Games. U.S. track and field medalists Tommie Smith and John Carlos each raised one fist in the air in what many thought to be a sign of black power.
The IOC barred the two from competing for the remainder of the Mexico City Games.